The Berger Group from Wuppertal is one of the most innovative mechanical engineering companies in the Germany. No wonder, then, that it is now using the new software we have developed for 3D object recognition, Digital Twin Search.

“We’re losing man-years with searching.”  About a year ago, the head of the Berger Group, Dr. Andreas Groß, drew the attention of the managing director of EXCIT3D GmbH, Werner Koch, to a problem at a congress that drives many companies about. “Components are often lying around without the employees knowing what they are meant to do and where they belong. Since this phenomenon can hardly be avoided in the highly dynamic production process of a mechanical engineering company like the Berger Group, Dr. Groß looked for an external solution. Using a smartphone or tablet PC, employees were to be enabled to identify non-assignable components and, for example, to find out their product number. Koch, who had previously presented several augmented reality solutions for smartphones at the event, could not promise a solution immediately, but had the idea that it could work. The idea of Digital Twin Search was born.

The challenge lies in the fact that a camera is basically unable to distinguish an object from its surroundings. Even if this succeeds, different light influences, shadows and dirt make detection difficult.  “The visual identification of components via a camera is much more complex than with other applications. Clear features such as eyes, nose and mouth and their distances from each other are available for face recognition, and leaf structures can be compared for plant recognition, for example. There are no common patterns of this kind in components. These can have all conceivable shapes, angles or curves. This is where classical AI object recognition reaches its limits. We had to find out that there was no adequate solution for this particular application and the problem described on the market and in science,” says EXCIT3D developer Rainer Martin, describing the problem.

The only solution left was our own development. The result is the Digital Twin Search software for 3D object recognition. 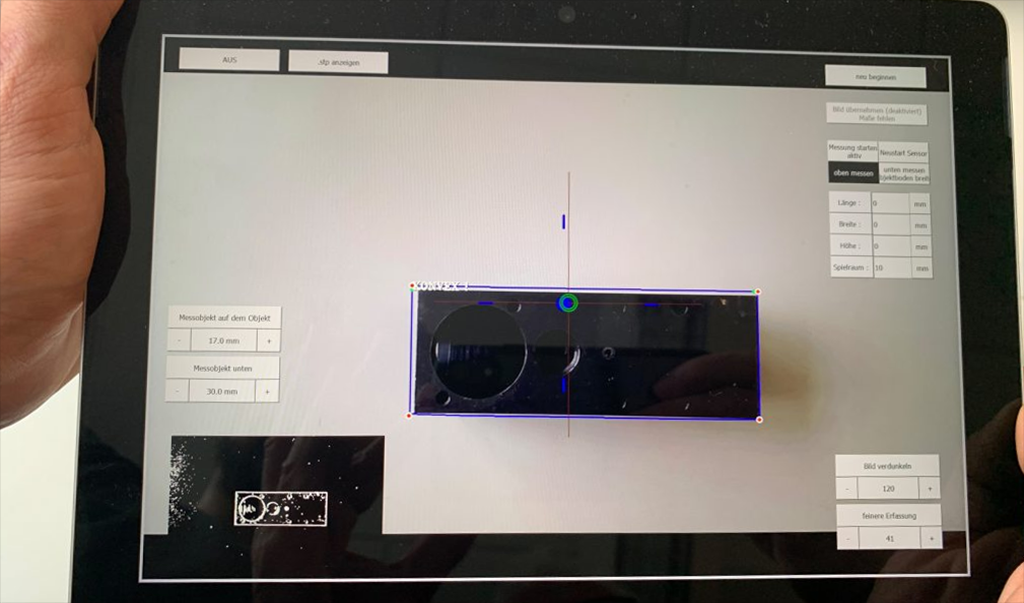 measures it and determines its contours… 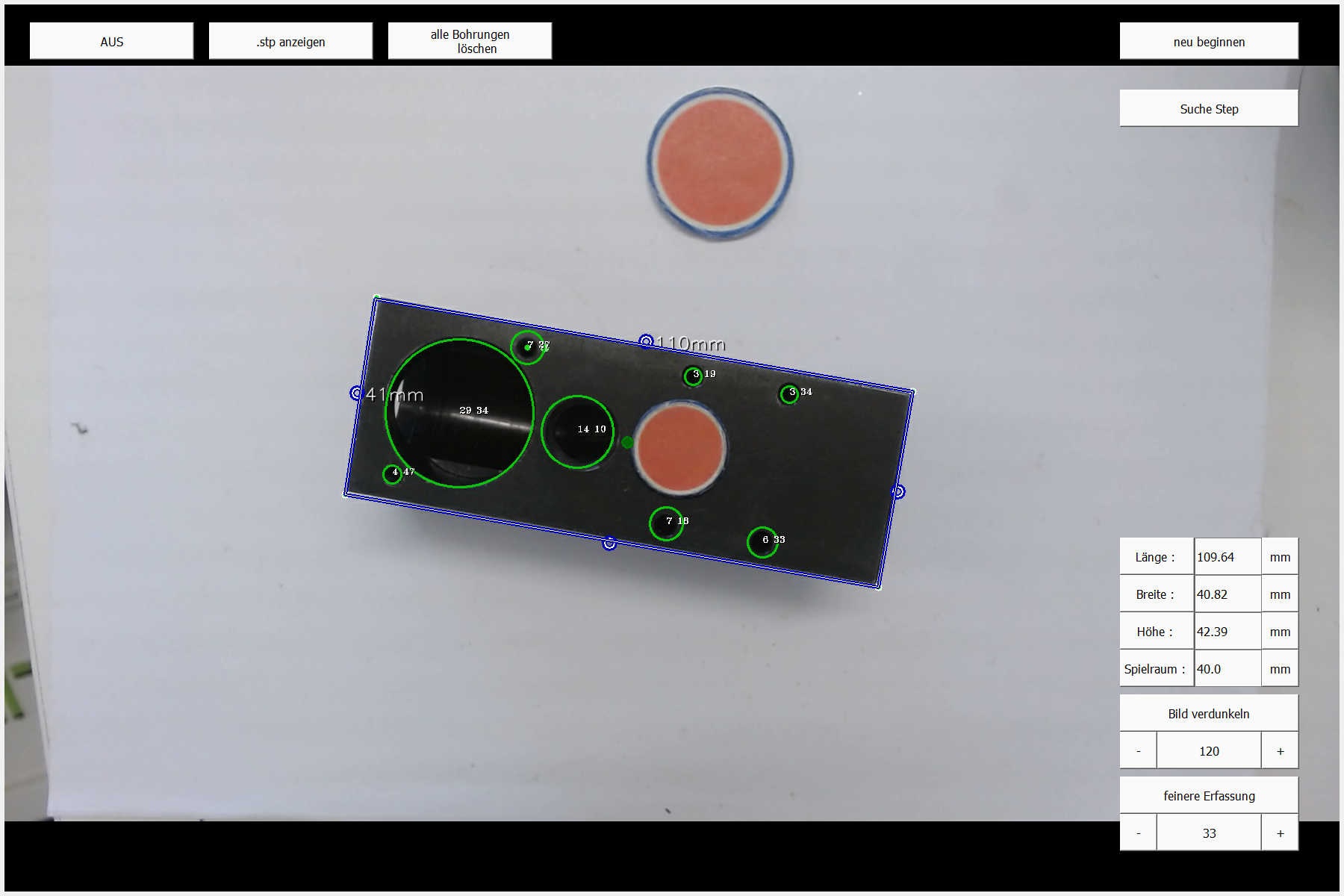 before the Digital Twin Search compares the result with thousands of step files in a database. 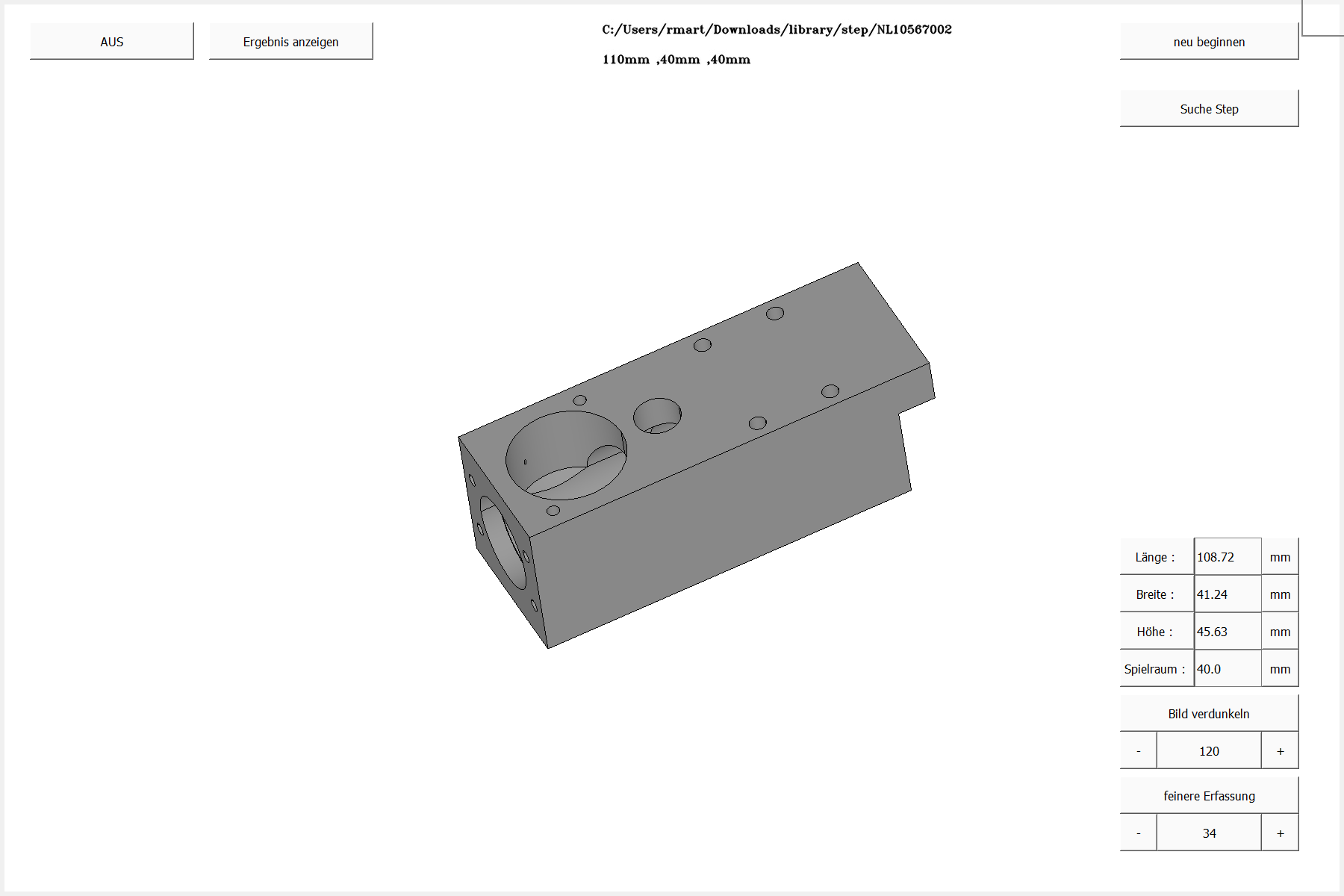 As a result, the virtual 3D model is displayed on the screen as a digital twin of the real object including product numbers and other information. 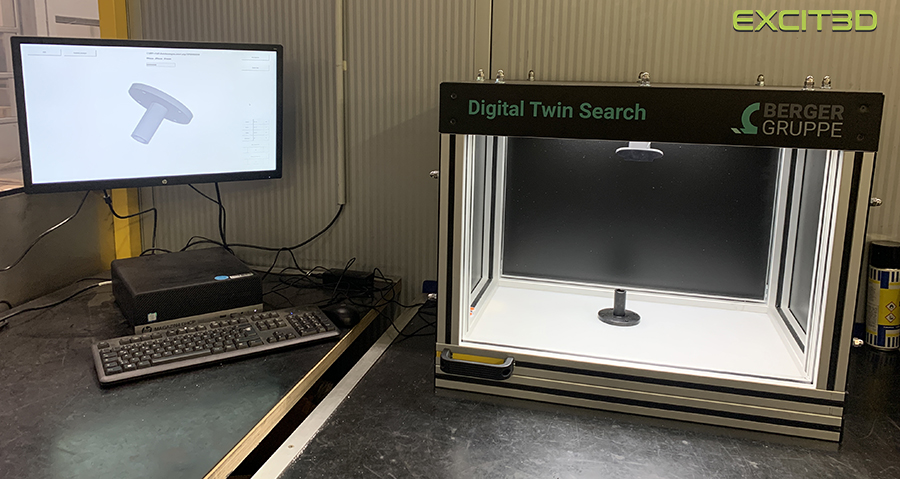 In addition to tablets, the Berger Group also uses a stationary PC solution for Digital Twin Search. The advantage: recognition is better and faster in changing lighting conditions. For this purpose, the company uses a box with indirect lighting (see photo above).

The result: the software solves the customer’s problem. Since workpieces that could not be found in the past often landed on the scrap metal or have to be re-produced, the solution not only increases the efficiency of production, but also its sustainability.

EXCIT3D GmbH is proud to have developed a practicable solution that has not yet been offered anywhere in this form.

Is the Digital Twin App also interesting for your company? Talk to us!